Finally all the seasons have come together at BLFC 2016 for a photoshoot.

Spring is sultry and sweet, Summer is full of joy and fun, Autumn (or Otto) is a grumpy guy, and Winter is always ready for a nap.

Designs by Synchra Studios, Fursuits made by me, photos by Tofu Wolf 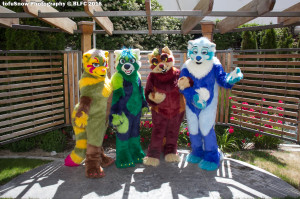 Costumes made by myself at Komickrazi Studios, and Silver and Wolfish from Silver Lining Cosplay. We collaborated on materials, but made our costumes separately.
This was my first foray into Prosthetic making >_< 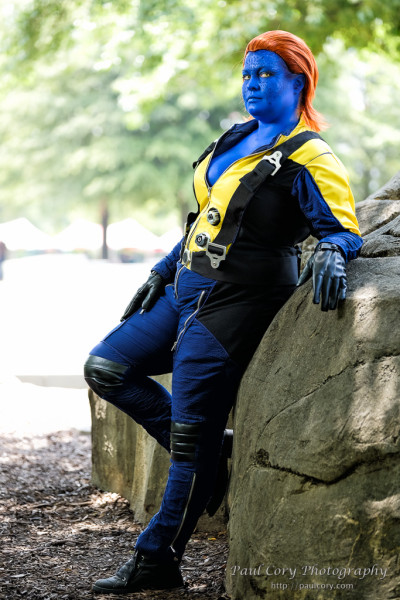 The Viking army has grown and moved on to invade Anthrocon! Anthrocon's 2015 theme was Vikings! So it seemed appropriate to take the wolves out for one more spin.
There are some new furry faces in my army as well as some old ones. The new vikings brings my total number of viking wolves to 14!
Vikings made by Temperance of Komickrazi studios, photos taken by Shujin Tribble 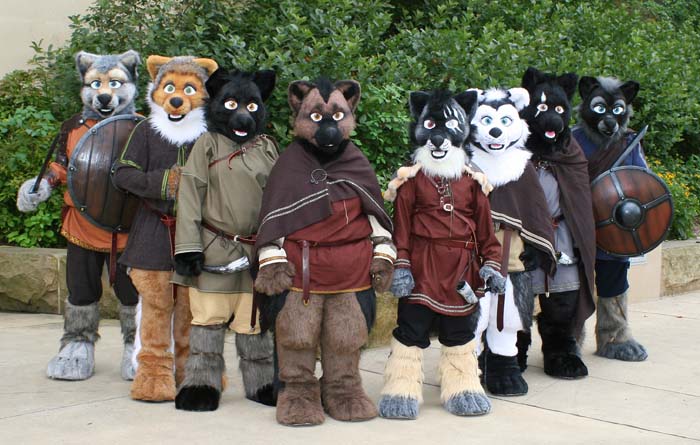 Epic Vikings project is done. 10 Viking warriors, each named after a viking rune.
This wolf pack will get together in September to invade the furry convention Rainfurrest. 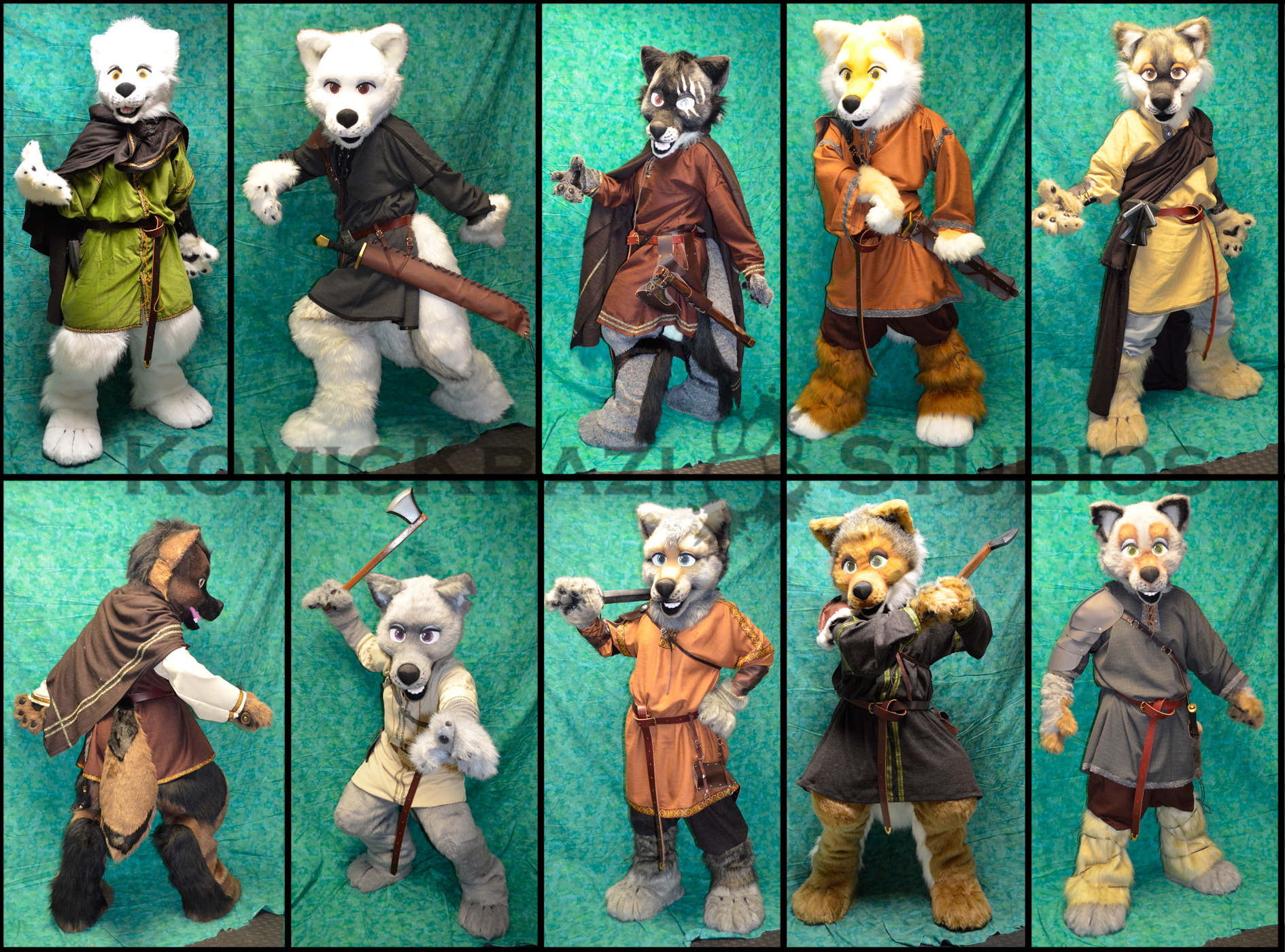 Photos of each Viking under the cut:
( Collapse )

Phew! I am back from FE. I spent all of yesterday doing important things like laundry and grocery shopping, so now that that's out of the way, I'm back to work.
But first, I shall procrastinate and report on FE before crawling into my cave studio.

Thursday:
My flight was nice, I like not having to go through customs. :3 I watched Hunger games Catching Fire and Gravity on the plane. Gravity is even more fun when the flight has turbulence.
I learned (the hard way) that there are 3 Sheraton hotels near the airport ¬_¬ I took the tram to the WRONG Sheraton thinking it was a tram to the hotel shuttle area, so I had to take the tram all the way back.
I DID get to the hotel, but it took way longer than I had wanted.
By this time I was STARVING! I had plans to take the bus to the mall and hang around, but by the time I got to the hotel it was way too late. I went to the Chop steakhouse next to the hotel and decided to spoil myself, because I was too hungry to go wandering. I was invited to wait in the lounge where I waited for 10 dang minutes without anyone in the wait staff acknowledging my presence. I was so pissed off I just go up and left.
Now I was really REALLY starving, I walked to the next group of restaurants and found another restaurant called Canyon Creek steakhouse where I had a really lovely dinner and lovely service :3
After filling up I returned to the hotel and put on Momo and wandered around for a few hours.

Friday
I wandered a lot and chatted a bit. I eventually grew bored and put on Cash and wandered around. Later on I switched to Momo for the dance panel and dance competition preliminaries. I had to go first for prelimns, which was a little scary >_<
In the eve euro euro, oneeyedjack oneeyedjack, falloutcoyote falloutcoyote, and I went to Medieval times. We screamed and cheered for our Red knight so loud we were all pretty hoarse by the end of the evening. It was SO much fun :D I'd really love to do it again sometime.
When we got back to the hotel I was pretty wiped. I had planned on suiting up and attending the dance, but once I sat down on my bed I couldn't get back up again (sigh... old people problems).

Saturday
Momo day! I wore Momo on and off pretty much all day on Saturday. I did the fursuit games (yay Blue team!). Our Team won gold with a final tally of 14 points :D
I did the big fursuit photo, then walked the Parade with my favorite kitty flowkitty
After the Parade I had a quick dinner with flowkitty and her totally awesome grandma.
Flow, your Grandma is awesome :3
I watched the masquerade, then got back into Momo for the dance. Best. Dance. Ever. Soldabat did an Electro Swing set which was SOOOO much fun. I LOVE electro swing so much O_O
I danced myself into exhaustion T_T I danced with so many lovely people too <3 I wish I could name them all, but after awhile when the sweat starts running into your eyes, it's hard to tell who is who >_<

Sunday
The morning started with the Dance Comp. There were 26 entries in the dance comp. I was #14, so I was right in the middle. I did a little choreo for All that Jazz from the Musical Chicago. That Dance floor was super slippery; I slipped once after a kick, but fortunately I didn't fall down :P
Video here:
)

I ended up winning Second place :O OMG! That was so exciting, and surprising! I really didn't think I would place at all, there were so many fabulous dancers there.
After the dance comp I went upstairs and grabbed my video camera. I spent an hour or so on the con floor filming and interviewing people for my blog "Ask Momo Mouse"
I put on Cash after lunch, as I felt he had been a little neglected this con. I clopped around til dinner, then put on Momo for the dead dog.
The con had really thinned out at this point. Although the headless lounge was advertized to be open until 11, it shut down early, so suiters had to go outside to cool off. It was fun chatting with other suiters in our mock headless lounge. The cold wind which had been our bane during walks was actually a nice relief.
I returned to my room shortly after the dead dog ended.

Monday
I got up later than I had intended. I was going to get up early and go to the museum, but with the time change, I found I slept in a little long. By the time I got to the museum on the bus, I would have had to turn around and head back for my flight. So I decided to go to Yorkdale mall instead. I didn't do much shopping (malls are pretty much the same no matter where you go), but I had a really yummy Pizza croissant at a bakery in the mall :d
I took the bus back to the hotel shortly after and then took the shuttle to the airport to head home T_T